The Ghost of Gosswater (Chicken House) OUT NOW!!! 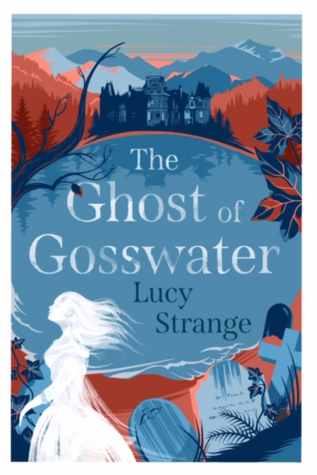 It looks like glimmering mist, the shimmer of starlight on the lake – opal-white. It is moving, as if blown by the wind, towards the brightly lit windows of Gosswater Hall.
It is a girl – the shape of a girl.

The Lake District, 1899. The Earl is dead, and cruel Cousin Clarence has inherited everything. Twelve-year-old Lady Agatha Asquith is cast out of Gosswater Hall to live in a tiny, tumbledown cottage with a stranger who claims to be her father. Aggie is determined to discover her real identity, but she is not alone on her quest for the truth. On the last day of the year, when the clock strikes midnight, a mysterious girl of light creeps through the crack in time; she will not rest until the dark, terrible secrets of the past have been revealed . . .

The Ghost of Gosswater is a thrilling new Gothic tale from the author of Our Castle by the Sea, shortlisted for the Waterstones Children’s Book Prize 2020.

“Strange goes gothic with this superb atmospheric adventure of family secrets and identity, laced with ghostly intrigue.” THE BOOKSELLER

“In her third novel, Strange is at her assured, brilliant best.” THE GUARDIAN

“Family secrets, a ghost girl and a forbidding manor house that goes up in smoke – this new story by Lucy Strange is a classic gothic novel for beginners with affectionate nods to Jane Eyre and Rebecca. You can’t help rooting for Agatha in this spooky, addictive tale of friendship and family. THE TIMES – selected as Children’s Book of the Week

“Told in deft and luminous language, The Ghost of Gosswater is storytelling at its very best.” KIRAN MILLWOOD HARGRAVE

“One of those eerie, shimmering, unputdownable books.” HILARY MCKAY

“Just like her debut, Lucy Strange’s new book The Ghost of Gosswater is a stunning story full of secrets, shadowy places, a heroine on a quest to find out her true identity, an unlikely friendship, and the concept of family. PLUS a ghost. I really, really loved it. JO COTTERILL

“A beautiful, haunting ghost story… brimming with magic and mystery. Perfect for independent readers seeking a book to really escape into as the nights get darker, or a gentle bedtime read to snuggle up with.” BOOKTRUST

Go to the Chicken House website to read the first chapter!

Perhaps it is a dream, I think, but I know that it is real. Everything that just happened was real. A moment ago, the world exploded, and the white cliffs fell.

England is at war. Growing up in a lighthouse, Pet’s world has been one of storms, secret tunnels and stories about sea monsters. But now the clifftops are a terrifying battleground, and her family is torn apart. This is the story of a girl who is small, afraid and unnoticed. A girl who freezes with fear at the enemy planes ripping through the skies overhead. A girl who is somehow destined to become part of the strange, ancient legend of the Daughters of Stone . . .

Nominated for the Carnegie Prize and shortlisted for the Waterstones Children’s Book Prize 2020. Go to the Chicken House website to read the whole prologue!

“Strange follows her impressive debut The Secret of Nightingale Wood in great style here, in a rich and atmospheric historical novel. Her lyrical prose is combined with a thrilling, intricately plotted mystery, while the legend of the stones adds a mesmerising sense of the fantastical.” The Bookseller, Children’s Book of the Month

“Strange… sets up her story powerfully. She ends with a twist and gives us a real sense of how war and other people’s suspicions can be contagious and fracture the strongest family unit. The Times, Children’s Book of the Week

“Both an exciting thriller and a thoughtful examination of how appearances can be deceptive and how dangerous this is in the suspicious, rumour-driven atmosphere of war… Underpinned by the legend of a sea monster, this is a rewarding read.” The Mail

“This atmospheric Second World War tale has a touch of fantasy… As much fairy tale as historical fiction.” The Telegraph *****

“A thrilling Second World War story about belonging and betrayal.” The Guardian, Books of the Month

“The mystical presence of the Daughters of Stone… the blending of historical drama with the supernatural through a child’s consciousness makes this a surreal but captivatingly dark read.” Evening Echo

“This story will sweep you away to the wild coast for an adventure full of atmosphere and mystery.” The Week Junior 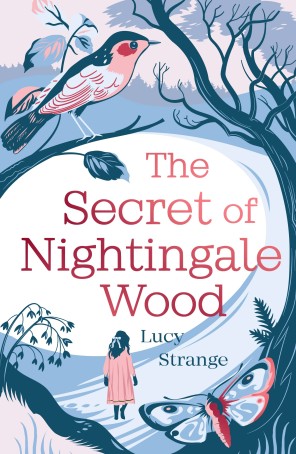 As I walked through the garden, my shadow stretched ahead of me, towards the mysterious forest. It sat there darkly, like a thundercloud that had fallen from the sky.

1919. Mama is ill. Father has taken a job abroad. Nanny Jane is too busy to pay any attention to Henrietta and the things she sees – or thinks she sees – in the shadows of their new home, Hope House. All alone, with only stories for company, Henry discovers that Hope House is full of strange secrets: a forgotten attic, ghostly figures, mysterious firelight that flickers in the trees beyond the garden. One night she ventures into the darkness of Nightingale Wood. What she finds there will change her whole world . . .

Go to the Chicken House website to read the whole first chapter!

“Rich with nods to classics like Tom’s Midnight Garden… [An] outstanding debut.” The Bookseller

“Old-fashioned storytelling with a light touch.” The Sunday Times

“It’s shrouded in mystery… a real page-turner – I finished reading it in one night when my son went to bed.” Caroline Ash, primary school deputy head teacher. Recommendation published in The Guardian

“A beautifully told story about loss, grief and the restorative power of the imagination.” M G Leonard, author of Beetle Boy

“This book is absolutely stunning but beware it’s not for the faint of heart.” Judith, age 11, Love Reading 4 Kids